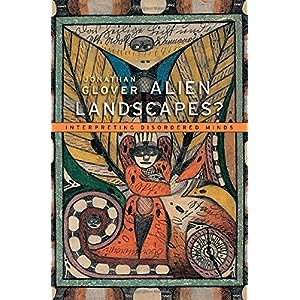 In the latter half of the nineteenth century, psychiatrists were called alienists. That archaic term is given a nod in the title of philosopher Jonathan Glover’s new book as he describes the often foreign-seeming terrain of a disordered mind and the ways that we have historically analyzed it. A professor of ethics at the School of Law, King’s College, London, Glover uses Socratic questioning throughout this well researched and wonderfully written text to help us explore mental illness.

Glover published his first book, Responsibility, more than forty years ago and included in it some work on mental illness. However, he is up front about the fact that he is not a mental health professional. Instead, he is an ethicist whose family has been touched by mental health issues and who has observed “without their permission and without realizing it” the work of psychiatrists and others in the field. In Alien Landscapes? Interpreting Disordered Minds, Glover takes a look at the mind from both humanistic and scientific approaches.

Glover begins at Broadmoor Hospital. He interviews patients who are diagnosed with antisocial personality disorder — and who are hospitalized for committing some horrific crimes. He uses Socratic questioning to get to know them more deeply as people, rather than as walking diagnoses. He does not ask about their crimes, but tries to see if they can feel empathy and sympathy.

I found these questions and answers fascinating. For millennia we have debated whether or not evil and good are innate qualities, and for millennia our beliefs have informed the way we think about personal agency and responsibility and what is simply beyond our control. Glover does an excellent job of drawing us into that discussion.

But how do we interpret the inner lives of others? That, it seems, is the real heart of the book. Are we truly able to do so from outside another person’s mind?

To get at these questions, Glover uses the arts, analyzing writers and painters who are also psychiatric patients, such as William Blake and Van Gogh as well as everyday people. He also takes a look at what happens when acting groups like the Royal Shakespeare Company and the Royal National Theatre perform tragedies for patients at the hospital. Through the performances, he observes, “[a] relationship started to develop between actors and audience. Things happened when they were just mingling before or after the play” — and theater gave the patients “the rare chance of reciprocity, to give something back to the actors, which the actors in turn appreciated.”

Glover explores agnosia, schizophrenia, autism, delusions, dreams, eating disorders, sexuality, addiction, grief, harm, post-traumatic stress disorder, and neuroplasticity, to name a few. He illustrates each with stories and, to provoke our own thinking on the matter, turns the Socratic method on the reader. He helps us contemplate whether the behaviors associated with a given mental illness are part of the person or merely a result of the illness. What are the ethical considerations, he asks, of each of these views of the self?

Aside from these broader philosophical looks at what makes a self, Glover also looks at the history of psychiatry. Cultures have used it not only to help people but also as a method of social control, Glover writes. He examines this through historical incidents and through what clinicians use as diagnostic criteria.

For example, Glover notes that the tenth edition of the ICD — the International Classification of Diseases used by clinicians and epidemiologists — includes some descriptions that are simply too broad. The ICD has criteria for patients who exhibit “inflexible, maladaptive, or otherwise dysfunctional” behavior, Glover writes, and who are “deviating markedly from the culturally expected range.” But such criteria can be abused. At various times in history, atheists, political dissidents, and gay people have fit these definitions. Some were used during the McCarthy era here in the States.

Glover also highlights how psychiatry and psychology have been used to justify violence in Nazi Germany, the Soviet Union, colonial Africa, and China, as well as at Guantanamo Bay. Psychiatry has been used to further torture, involuntary sterilization, imprisonment, and euthanasia, he writes.

All of these sections are fascinating, and there is more. It is impossible to do justice to the breadth of issues that Glover covers. At the end, he again discusses what makes a self. How does our interpretation of the “depth and authenticity” of a person’s behavior leads us to judge whether that behavior is of the person or of their illness? While there is still much for us to learn and discuss, Glover certainly brings his own depth and authenticity as he writes about mental health issues. Here is a thoughtful, multidisciplinary, empathetic, and very well written book.