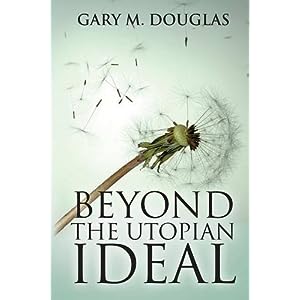 Book Review: Beyond the Utopian Ideal

If you are in the mood for looking at your life and asking some serious questions, Gary Douglas promises to help. Unfortunately, he doesn’t actually deliver on those promises.

Douglas runs workshops called Access Consciousness — what some news outlets have suggested may actually be a cult. This book of his was created on the back of his workshop empire, or cult, or whatever it may be, where the goal is the expansion of consciousness. But the price we as readers pay for that so-called expansion is Douglas’s difficult-to-interpret message. While his writing is meant to be conversational, the questions Douglas asks often require more than a few re-reads. They can be wordy and, at times, quite hard to decipher.

Some self-help books offer a multitude of research while leaving the reader wondering if any of this stuff really applies to real life. Others offer personal accounts — delivered more like a conversation with a friend — and rely heavily on the author’s own experience to buttress the message. But Douglas’s self-help book doesn’t quite fit into either of those categories.

Douglas does not offer any factual evidence for how or why what he calls utopian ideals can be so damaging to us. What he does offer is a compelling argument that we should seriously reconsider our superficial desires and constructs, such as financial wealth, and that they limit our personal growth. He just doesn’t back it up with much substance.

If you were to read only the title of his book, you might think of such titles as Progress Paradox, by Gregg Easterbrook, or Affluenza, by John de Graaf, David Waan, Thomas H. Naylor, and David Horsey. These, too, are about chasing wealth.

But once you’ve read the book, you’ll find that The Utopian Ideal is more similar to books like Awaken the Giant Within, by Tony Robbins, or The Untethered Soul, by Michael A. Singer. Both of those speak from the author’s personal philosophy, and both use their broad platforms — in Robbins’s case, his workshops, and in Singer’s case, his yoga and meditation center — to strengthen their message.

First Douglas explains what he means by utopian ideals — constructs imposed upon us — and the many ways we “choose” these ideals over authentic growth. In order to expand our consciousness — what Douglas says is growth — he writes that we must be willing to “lose our constructs.”

Next, Douglas aims to free us from our limitations — but uses an argument that, while at first compelling, seems to lack fortitude. While he encourages us to make a “commitment to total consciousness no matter what is looks like,” the message becomes confusing when he writes, “True commitment is the recognition of what you would most like to be committed to.”

Further in this section, Douglas does make some solid points about how fixed convictions and points of view often limit awareness, and that in losing our rigid thinking we can gain entrance into what he calls “The Kingdom Of Free Choice.”

Toward the latter part of the text, Douglas poses some useful questions. But his message again becomes unclear. Although he may leave us thinking about some larger concepts, his book ultimately lacks concrete examples and clear guidance.

Beyond the Utopian Ideal

Book Review: Beyond the Utopian Ideal

Claire Nana is a regular contributor and book reviewer for Psych Central.