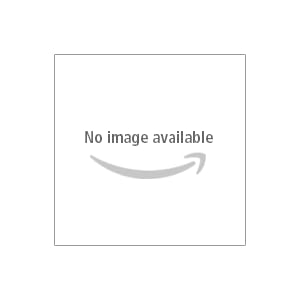 Bradley Booth was tormented by survivor’s guilt for five years after the leukemia death of his fiancee. When he fell in love again, the emotional upheaval of these life-changing events compelled him to write I Apologize — a novel based on his own experiences.

Booth’s protagonist in this roman à clef is Tony Richardson, a workaholic marketing consultant who lives in an ordered world, but who is dealing with unresolved grief. Five years ago, Tony’s fiancee Priscilla died of leukemia, and throughout those five years he has irrationally blamed himself.

“Since the day tragedy struck,” Tony tells us, “I buried myself in work for solace and I decided for my life to take shape.”

(If you find the syntax awkward in the sentence above, keep reading.)

In the first chapter, Tony meets a young, beautiful, and mysterious woman. Christina Jaloqua is a concert violinist with whom he falls in love. After several instances of duplicity and entrapment on her part, and a great deal of dithering and second guessing on his part, they marry and she has a baby. When she experiences difficulty in childbirth, Tony has a post-traumatic stress episode and subsequently abandons his new family. When his good friend Harry counsels and encourages him, Tony begins to see things in a different light, and he returns to Christina and their daughter with a changed heart.

How do you criticize a poorly written autobiographical novel without disparaging the author’s own life and loves—those things which give meaning to his existence? This was my dilemma as I plodded through what may be the worst book I’ve ever read. The major characters, Tony and Christina, have a dysfunctional relationship built on deceit and mistrust. Moreover, the novel is rife with confusing syntax, sexist and sweeping generalizations about women, cliches, bad grammar, stilted dialogue, and saccharine poetry with stanzas better suited to greeting cards than to a novel. Let me give you some examples.

For their first date, Christina invites Tony to a supposedly intimate gathering of a few close friends. He arrives to find a large engagement party for Christina and him!

Later in the story, when he scotches Christina’s plans to marry him, she stages a fake wedding with someone else. Tony is jealous and attends the “wedding.” But Christina does not complete her vows, and runs from the church. Mutual conniving friends push Tony into her car, and they speed off to a remote location where Tony and Christina do marry.

Not long into their marriage, Christina gives Tony a shave with a straight razor, something she learned from her mother. In her family, we learn, a woman shaves her husband with a straight razor so that the man realizes that if he is unfaithful, his wife will slit his throat.

“Yet I continued to struggle, weighing each opinion: that the beautiful and vivacious young woman would add some zest to my life, and that, being malcontented, because I did not achieve all my goals.”

“Shucks, son, they [women] don’t play fair, and given their emotional temperament, they think of things that the logical minds of men cannot.”

“Looking at it from every angle, I decided it could never work between Christina and I.” Later, “I remarked that Christina and me wouldn’t have been in this situation if the birth control pills had worked.”

There also were several lengthy, detailed, play-by-play sex scenes worthy of any bodice-ripper. Because these were intimate moments between Tony and Christina on their wedding night, and this was an autobiographical novel, I felt like a voyeur peeking into the author’s bedroom window. I’m afraid it’s going to take a while to get the fruit metaphors out of my head. Yes, the author really did write, “When she cupped my two kiwis…”

Despite all of this, the book could be a wake-up call to people struggling with workaholism or unresolved grief. And for those of us who constantly question our own decisions and values, the following remark from Helen, the character Harry’s wife, is a gentle reminder:

“Do yourself a favor, then. Stop analyzing everything and enjoy the gift of love God has bestowed upon you. Love Christina…and more important, allow her to love you.”

In the end, Tony comes to realize the value of love and family:

“Thank you, God, you knew what I needed even when I was too stubborn and blind to see. True happiness isn’t in amassing a fortune, but in being surrounded by the ones you love.”

I believe that the story of Tony and Christina mirrors, at least in some ways, the story of Bradley Booth’s journey from anguished self-doubt to emotional and spiritual wholeness. I commend Booth for giving hope to people caught in a similar web of grief and fear.

Having said that, I would have liked to see an epilogue to Tony and Christina’s story that would include psychological counseling for Tony. Post-traumatic stress disorder doesn’t just go away. I also think the couple needed marriage counseling in order to work on trust issues.

While reading his novel, I wanted very much to enter Booth’s thought processes and understand his motives so that I could appreciate the grains of truth he presented. But these grains were buried beneath a lot of distracting chaff. Compounding that problem was the blurry line between fantasy and reality.

I sincerely wish Mr. Booth well in his new life, but I can’t recommend his book.