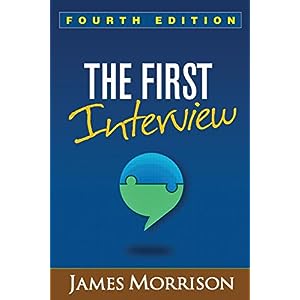 “Hi. I’m Dr. Riddle,” I say, pulling a chair up next to the gurney. “I’m one of the psychiatrists in the emergency department this evening. Would you have time to chat for a few minutes?”

The young woman on the gurney tries a half smile. I take that as consent. “What brings you into the hospital tonight?” I ask. And so she began her story, from her current suicidal thoughts and recent troubles with her children to her childhood abuse and ongoing feelings of guilt and hopelessness.

I have spent much of my last three weeks on what we call night float, seeing people struggling with a wide range of mental illnesses. An elderly woman whose depression has become so debilitating she is no longer caring for herself. A young man brought in by his family after he spent hours marching in place and praying in front of the garbage can. The psychiatric emergency department is a unique place where your skills as both interviewer and observer are put to the test. Is an individual safe to go back out into the community? Is a next-day follow-up appointment enough or does he or she need to be hospitalized? The answers are often not obvious. You must gather information and make decisions in a limited amount of time.

Training for psychiatry is also unique. While my colleagues who chose medicine or surgery are learning how to tie knots, put in lines, and use an ultrasound, I am developing my ability to interview. “This is the skill we bring to the table,” one of my mentors remarked. However, like much of our training, a significant portion of learning how to interview is done independently, by slowly developing your own sense of what works and what doesn’t. Thus, James Morrison’s The First Interview can provide helpful structure as one develops these skills, particularly for those in the early stages of their training.

In the latest edition of this book, updated to incorporate the DSM-5 and to include new resources, Morrison offers a framework for interviewing. He breaks down the process into its component parts: the opening salvo, history of present illness, personal and social history, and mental status exam — delving into each with sample questions and pieces of dialogue from actual interviews. He also spends a significant portion of the book describing the more challenging and less tangible aspects of a first interview, like developing rapport, covering sensitive subjects, and dealing with resistance from the patient.

Morrison’s experience is clear in the highly readable, frank discussions he offers. And he takes you beyond the first interview itself, with guidance on how to share your diagnosis and recommendations with the patient and their family. When I look back at dealing with a woman furious and distressed to learn that her boyfriend was not going to be hospitalized, I certainly wish I had already read Morrison’s section called “What if the Plan is Rejected?” These are things you don’t necessarily cover formally in your education.

The book also offers reassurance. “To some degree,” Morrison writes, “every interview has flaws, and every interviewer has faults.” The final chapter of the book focuses on troubleshooting. Morrison offers ways to recognize that an interview is not going well, both in the moment as well as in hindsight. He covers problems like the patient becoming argumentative, losing interest, or remaining guarded. (I’ve had more than one patient storm out midway through.)

He also gives strategies to avoid completing the interview only to realize you left out significant information, such as if you forgot to ask about part of the differential. (Totally guilty of that one; it’s easy to get caught up in whatever seems to be the problem — like the patient’s depressed mood — and completely neglect to ask about other symptoms — like psychosis.) Morrison makes suggestions for how to determine where things went awry and what you can do about it once the problem is uncovered. To further help with this process, he includes an evaluation form in the appendix that helps you assess your own interview, covering both content and style. Being constructively critical of your skills is a skill in itself.

The first interview is critical. Not just for finding evidence and developing a diagnosis and treatment plan, but also for building rapport with the individual, helping to set the stage for a longer term relationship with the care provider. Morrison’s updated book is a worthwhile read for all those interested in improving these interview skills.