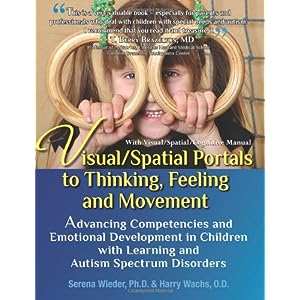 According to the Centers for Disease Control, in 2010, the prevalence of autism in the States was about one in sixty-eight, with numbers increasing steadily since 2000.

Among the treatments recognized by the CDC for autism spectrum disorders is the Developmental, Individual Differences, Relationship-Based Approach, or DIR for short. DIR is also known as floortime, since parents who use this method physically get down on the floor with their kids to work and play with them.

I was drawn to this book for several reasons, including the types of populations I’ve worked with as a clinician. These include adults on the spectrum. What methods typically used with kids might help adult clients?

I’ve also worked with parents who are concerned about the development of their children following a problem pregnancy. They are often looking for new resources. Finally, I’ve worked with individuals using somatic movement types of therapy, and was curious about the methods in DIR.

Plus, there is a theory that dyspraxia — the inability to perform particular actions on purpose — is more common among those on the spectrum. But I know that some of us develop more slowly, and as children have difficulty with athletics. I wondered if some of the exercises in this book could help these kids, too.

The book is the combined work of Serena Wieder — a clinical psychologist who focuses on special needs populations and who co-developed DIR with childhood psychiatrist Stanley Greenspan — and Harry Wachs, a developmental optometrist who has worked for over sixty years in visual cognitive development. Both authors have impressive credentials, and this book is impressive as well. It is more than five hundred pages long, but there is no filler. Every sentence has a purpose in this well structured, well researched, and well written work.

The theory is developmental and also draws from attachment theory: You meet the child at his or her level of ability. Cognitive and emotional abilities are linked together. Wieder and Wachs tweak Piaget’s classic developmental model along the way. In contrast to the theory that the first sensory motor actions are the beginning of intelligence, they write:

“we believe that the first lessons in logic — such as the means-end relationship — are learned much earlier, in a different context that is emotional: when the baby smiles at her mother and she smiles back. Way before infants can make purposeful actions with their arms or feet, they have control over facial muscles; as such, emotional expressions, starting with smiles and grimaces, become the first probes into the world and continue throughout life. Therefore the first problem-solving is not sensory motor-based, but co-regulated through the emotional system.”

To me, that is the heart of this method, and it can be used with any child. It is a method of forming a healthy attachment that teaches skills and helps a child to develop.

It also involves all of the senses. Wachs adds the visual/spatial component to floortime. After all, you can have perfect eyesight and still not be able to process and see. We need to be able to see patterns and relationships, and to have a sense of our own bodies and where we are in space. We need connections between our muscles and our brain that allow us to move with purpose and intention.

Most of us develop and master these capacities in our first five or so years. When we do not, the world can become a very strange and scary place. A child may retreat or may try to control everything. She may begin “stimming” — by flapping her hands or rocking back and forth or feeling a texture over and over again — or adapt in other ways that may not work very well. Wachs’s visual/spatial model has ways to test the developmental stage of the child and provides ways to work with the child to aid in gaining skills.

In the first fourth or so of the book, Wieder and Wachs give us their theoretical framework in a clear and concise manner. They include case studies that show how to do assessments, how to choose floortime exercises, and outcomes.

The latter section is a manual that covers thirteen areas, including general movement to math. I do think the movement exercises can help kids who have trouble with dyspraxia, whether or not they’re on the spectrum. I think the exercises would help develop, early on, their self-confidence and self-efficacy in movement.

Overall, the authors have done a tremendous job of putting together a thorough, comprehensive, user-friendly, well-grounded, evidence-based resource. There are hundreds of tables and illustrations, and a glossary and index, which I always appreciate. Parents and clinicians, or those who otherwise work with kids, will learn a lot.

Visual/Spatial Portals to Thinking, Feeling and Movement: Advancing Competencies and Emotional Development in Children with Learning and Autism Spectrum Disorders