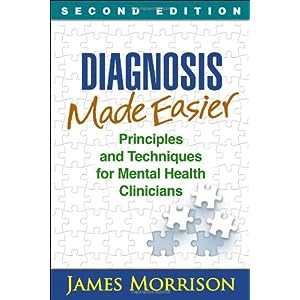 It was a few weeks into my psychiatry residency, the print barely dry on my medical school diploma, when I met a patient we’ll call Sarah. Up to that point, the majority of those I had cared for on the inpatient psychiatry ward had been in and out of mental health care for years. When they came to our team, they arrived at least partially pre-packaged, with a working diagnosis that they carried — many for decades — along with a laundry list of medications that they had tried. After interviewing them and gathering collateral information from friends, family, and outpatient care providers, my attending and I would discuss treatment plans, taking some time to consider whether their current signs and symptoms aligned with their pre-existing diagnoses.

Sarah was different. In her late twenties with her auburn hair cropped short and stylish, she spoke to us in earnest. “Please — I need you to help me. I need my identity back. The government has taken it.” Her sentences were clipped, her eyes darting fervently around the room, taking in my attending and me, along with a pair of medical students. Her voice dropping to a whisper as she implored, “And they’re doing testing on me. Microsoft wants my organs. They’ve already taken my brain. This might sound crazy, but, I’m telling you, it’s the truth. I don’t want the medications they’re giving me. The nurse told me it will clear my mind and I don’t want to forget. I have remembered everything.”

“She’s never done this before,” her father said to us later in the hallway outside the psych ward, having flown across the country after his daughter’s frantic call home rambling about her neighbors trying to steal her kidneys. From all accounts, up until a few days before, Sarah hadn’t so much as set foot in a psychiatrist’s office and now she had earned herself a stay with us on a locked psych ward. Here was a patient, new to psychiatry — a diagnostic puzzle waiting to be solved.

It is just such puzzles that lend themselves well to James Morrison’s most recent edition of Diagnosis Made Easier: Principles and Techniques for Mental Health Clinicians. In his book, Morrison, a professor of psychiatry at Oregon Health and Science University and author of many other guides for clinicians, details and diagrams the sometimes nebulous process of arriving at a diagnosis.

What the seasoned attending may do almost without thinking, drawing on his or her years of experience, Morrison lays out in highly readable text. He combines case vignettes with a stepwise approach to analyzing the information and narrowing in on a final verdict.

And while much of the skill of diagnosis is learned through the catch-as-catch-can system that is medical school and residency (with the learning continuing into more advanced roles), Morrison has set down in text a practical way of going about the process. His book is highly useful for the inexperienced clinician, or even an experienced one who wants a different perspective.

“What’s imperative to learn,” Morrison writes, “is the scientific method — yes, and the art — of evaluating patients and arriving at logical diagnoses consistent with the facts.”

The book is divided into three sections. The first focuses on the diagnostic process. Morrison introduces us to his diagnostic roadmap, moving through seven levels, starting with information gathering and identifying syndromes and then on to constructing a differential, evaluating, and re-evaluating. He places significant emphasis on systematically developing and organizing a differential diagnosis.

I particularly appreciated his inclusion of extensive tables. One particularly illuminating one details which medical conditions can masquerade as psychiatric maladies; another offers differentials for more than forty mental illnesses. I plan to reference these in the future.

The second section explores the background data needed to understand a patient and be able to make a diagnosis, and discusses the importance of history-taking and gathering collateral as a key part of the process. Finally, the third part puts to use the skills described in the first two sections, applying them to various clinical disorders.

Throughout, the text is focused on the practical and written in the conversational tone of a friendly mentor. Originally released in 2006, the new edition reflects the changes made in the DSM-5 and updates the resources and suggested reading.

But can a book really teach clinical diagnosis? you may be asking, and rightly so. No book is going to replace the in-the-trenches training of residency. (If it could, we’d all be reading it to skip past the weeks of night float and soar up to an attending-level salary.)

However, there is benefit to a closer examination of the process itself, which can sometimes get lost as we race to get work done and fit each patient into a diagnostic box. Here is an opportunity to pause and learn about the process — one that will serve us, and our future Sarahs, well.