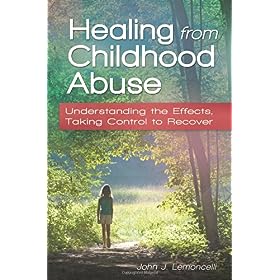 During the 20th century, psychology was viewed as less than a science — mostly because it was difficult to gather hard evidence to back up theories about mental processes. In the modern age of neuroscience, this circumstance has only just begun to change as new technologies offer ever-widening windows into the workings of the brain, and as researchers have slowly increased collaboration across disciplines to develop evidence-based approaches to therapy.

This has spawned a number of self-help books intended to serve up the latest brain research for the benefit of mental health practitioners and patients alike. Oddly enough, especially considering the mounting literature addressing developmental trauma and abuse, John J. Lemoncelli’s  2012 offering, Healing from Childhood Abuse: Understanding the Effects, Taking Control to Recover, is not such a book.

As surprising as it may seem, not one neuroscience study is listed in the book’s bibliography. Indeed, out of 43 entries, only four are research papers published since 1990 — the year that opened the “decade of brain.” None are post-2000, when brain research took yet another leap forward; an oversight which seems akin to willful neglect for a book published in 2012. Still, for those who are looking for an eclectic psychospiritual approach to therapy, Lemoncelli offers some useful metaphors, ecumenical spiritual imagery, and case histories that will support certain patients who are struggling to cope with the effects of childhood abuse — particularly those whose abuse occurred against a backdrop of religious or spiritual belief.

Lemoncelli’s primary focus is the sense of being damaged or “bad” that many survivors of childhood abuse experience. Like other practitioners who work with traumatized patients, he began to notice that his patients tended to assume personal responsibility for the abuse. In describing their feelings of worthlessness and shame, they used similar terminology. “Many of these patients expressed a sense of a thing inside of them that caused them to feel sick inside all the time,” writes Lemoncelli. “Was there a thing inside of them that created these feelings? If there was a thing inside of them, what was this thing?”

Quite reasonably, Lemoncelli recognized that a better understanding of the results of abuse and trauma should lead to better approaches in therapy. However, instead of looking to recent trauma research — which has a great deal to contribute to this understanding — he chose to look to biology for imagery that might answer these questions sufficiently for his patients.

Rejecting viruses and bacteria as useful comparisons, Lemoncelli homed in on the idea of a parasite. “Parasites exist for two reasons,” he points out, “(1) to consume the host and (2) to replicate themselves.” As a tool for imagining how the effects of abuse can be passed from perpetrator to victim, the idea of a parasite does offer some support. In this analogy the abuser, who is first affected by a parasite, contaminates the victim through abusive behavior and communication. The parasite then replicates itself inside the victim, perpetuating the abuse by regurgitating its poisonous thoughts and schemas in a self-fulfilling cycle. The goal from Lemoncelli’s perspective is to help his patients realize that they aren’t the damaged souls they imagine, but that their self-blame is driven by a parasite within them that needs to be “excreted.”

The case histories that are dispersed throughout the text are perhaps the strongest support for his goal: Here, readers can more easily acknowledge how misplaced self-blame can be as they observe it in someone else, and Lemoncelli’s natural compassion and empathy pave the way toward this understanding. In fact, it is impossible to find fault with Lemoncelli’s determination to connect with his readers, which speaks to his effectiveness as a therapist. After all, research does back up the fact that a resonant and supportive therapeutic relationship is one of the most important factors in the success of psychotherapy, whatever approach is used.

Lemoncelli also demonstrates an admirable willingness to learn from his patients. Inexplicably, however, he seems to miss an important pearl of wisdom from his patient Alisha. The parasite analogy, she says, has helped her and she is learning a new, coach-like way of talking to herself rather than succumbing to parasitic thoughts. “I know I can continue to replace my parasite with my coach,” she says. Although Lemoncelli takes two helpful lessons away from this thought — one about forgiveness and one about inner wisdom — he overlooks what could be an important refinement to his analogy. Rather than focusing on “excreting” the parasite as Lemoncelli suggests earlier in the text, perhaps Alisha has the right idea: that of turning a parasitic relationship into a symbiotic one. This strategy is not unknown in human biology. And from a research perspective, healing from trauma requires integrating our life story: We don’t heal by expelling the difficult memories, we heal by incorporating them into a meaningful thread in which we see the trauma as having increased our resilience rather than sapped it. An awareness of the last two decades of trauma research would certainly reinforce this connection.

It’s impossible in a brief review to cover all of the metaphors and psychological approaches Lemoncelli draws into this relatively short book as he works toward bringing understanding to his patients. His examples are not ineffective — in fact, some are brilliantly illustrative. But they lack a strong, unifying foundation: a need that would have been well supplied by even a brief sketch of the relevant trauma research.

Such a foundation would have strengthened the book considerably and worked to prevent its dismissal by a segment of readers that could potentially benefit from it, including those practitioners who hope to bridge the wide gap that yawns between research and practice. Without this foundation the book suffers some of the same symptoms of developmental abuse that Lemoncelli accurately observes in his patients. “For the longest time,” he writes, “the parasite has had you literally running around in circles with no sense of direction,” which “maintains your sense of hopelessness and helplessness.”

Despite this challenge, Lemoncelli’s book is sure to appeal to those who gravitate toward a psychospiritual approach, many of whom may believe that science and spirituality cannot be reconciled. But the author’s ignoring of potentially very helpful research on that basis is counterproductive. A more constructive approach would be to demonstrate, by including the research, that the two approaches can be reconciled. Nevertheless, it is that reader who holds a mistrust of science together with an eclectic spiritual bent who will be most comfortable with this book.