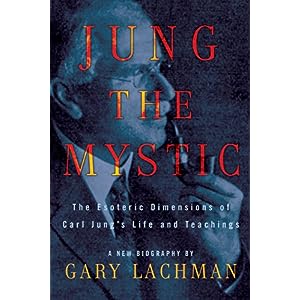 For those familiar with the work of famed thinker Carl Jung, author Gary Lachman has written a challenging but worthwhile biography. In Jung the Mystic: The Exoteric Dimensions of Carl Jung’s Life and Teachings, Lachman explores the perception of Jung as a mystic, rather than as a man of science and disciplined reason, paying special attention to a number of pivotal events, experiences, and relationships that helped form Jung’s approach and beliefs.

Jung’s work includes such relatively well-known ideas as the self, the collective unconscious, mandalas, psychological types, and archetypes. His formulation of each, along with other lesser-known elements of his teachings, is mapped out in Jung the Mystic against the life of a man who experienced a continual struggle between his tangible world and his spiritual one.

Jung himself was apparently much at odds with the characterization of his work as mysticism. However, as Lachman digs deeper into Jung’s growth to adulthood, we see his position becoming somewhat more complex regarding this controversy. Jung “seemed to have two minds about the supernatural: a public one that wanted to understand it ‘scientifically,’ and a private one that acknowledged ghosts, visions, and premonitions as part of the essential mystery of life.”

Lachman attempts to clarify this dualistic view of Jung’s thoughts and beliefs. His book is not for those who know little about psychology or psychoanalytic psychology, or about Jung’s approach. It is a better read for those who have already absorbed at least a basic understanding of Jungian concepts.

Lachman’s book is a fascinating treatment in considerable depth around the life and times of one of the great thinkers from the early years of psychology. From a developmental point of view, the book provides a fascinating series of vignettes that paint a vivid portrait of a man whose intellect still resonates today—along with a cogent and instructive review of his major concepts and terms. Lachman uses a biographical approach to match the life events of Jung with the formulation and confirmation of his major concepts, which together comprise Jung’s approach. This way of structuring the book is somewhat challenging, and for two good reasons:

The first section, aptly named “Memories, Dreams, Refractions,” is a rather clever play on the title of Jung’s own attempt at an autobiography, which was titled Memories, Dreams, Reflections. In that work, Jung talks of his life, although not of the major figures or sweeping world events that he experienced. Jung devotes more time to “ephemeral apparitions,” which he found to be at the center of his life experiences. A childhood spent primarily alone produced an odd combination of inner direction and a lifelong fascination with the more tangible enjoyments, such as mountains, water, and beer.

Lachman discusses Jung’s loneliness as a child and his creation of a “homunculus,” or little man, which he kept in a secret place and used as a repository for his fears and as an object of security in his insecure world. When he was older, this came back to Jung as a realization of his early involvement in a very common human tradition: that of creating a symbol. Jung would later use this as evidence of his ideas about our sharing a “collective unconscious,” things that humans share over the ages, often without conscious recognition of that sharing.

Early chapters include vignettes around Jung’s relationship with his father, whose life Jung felt “ended when he graduated” and who died relatively young. Upon his father’s death, Jung’s role in the family and in society changed. He became a more exuberant and outgoing person, which persona he would maintain throughout his life. Jung’s mother, Emilie, had a family history of spirituality and was even reported to have spoken with the dead. Her interest in and apparent affinity for the supernatural flowed to Jung and formed the basis of the controversy that would color his personal and professional life.

Other relationships and events continued to influence Jung, and each chapter reveals additional layers of Jung’s life in detail. Jung engaged in long-term relationships that informed both his personal and professional lives, including with Emma Jung, his wife; Toni Wolfe, a professional colleague and open mistress; and Ruth Bailey. We can see how Jung’s personal behavior and reflections on the stress between his “proper” upbringing and the realities of his family and work life provided much grist for his thoughts on a person’s continuing quest to become him- or herself.

Of particular note is Jung’s long relationship with Sigmund Freud. They were contemporaries, collaborators on occasion, and ultimately in conflict as Jung’s fascination with the supernatural led him further away from Freud’s focus on the scientific. Both thinkers dealt with human behavior and motivation that could only be observed and theorized about, often analyzing the same things but coming to different conclusions.

A running theme throughout the book is the image of the “Herr Doctor Professor,” which represents Jung’s own internal identity and also the major conflict between his desire to keep his work strictly scientific and his attraction to the decidedly non-scientific world of the supernatural. Chapter 6, “The Jung Cult,” is particularly useful in beginning the discussion about Jung’s break with Freud and his realization of some concepts that we often refer to today. As Lachman writes, “Jung’s ideas on the introvert, extravert, and the four functions—thinking, feelings, sensation, intuition—have become part of common parlance.” Anyone who is familiar with personality theory and behavioral assessment will feel very comfortable with these terms.

Lachman provides us with a detailed and sometimes overwhelming amount of information about Jung the man and Jung the mystic. If you desire to immerse yourself in the life and times of one of psychology’s great thinkers, his book will provide that opportunity. But, while Lachman provides much in the way of fascinating details and engaging stories, these attractive elements are often combined with somewhat challenging technical discussions of various Jungian theories.

Jung the Mystic: The Esoteric Dimensions of Carl Jung’s Life and Teachings