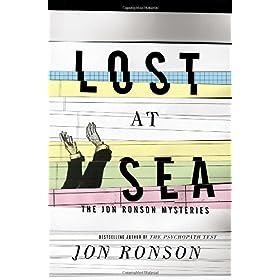 “I’m a midwife to the dying – for those who want to hasten their death,” says George Exoo, a Unitarian preacher who claims to have assisted 102 people in killing themselves. He often carries a large inflatable alligator to fool the cops if he’s stopped. This way they’ll mistake him for a children’s entertainer. It’ll explain why there’s helium in his trunk.

Cassandra Mae was “rejected” by right-to-die groups because she wasn’t terminally ill. (She wanted to end her life after being bitten by a brown recluse. “It was so painful I wanted to die.”) She found Exoo after a recommendation. Apparently, he’s the go-to guy for individuals who want to commit suicide but aren’t terminally ill. He was happy to help. But Mae changed her mind – after she couldn’t find anyone to look after her pet snake.

Now she’s Exoo’s assistant. However, they have different philosophies. She sees what she’s doing as a business. She charges $7,000 per person. “George sees it as a calling. There’s a big difference there. For me it’s ‘No cash, no help.’”

In response to why Mae assisted a woman with a breathing disorder in committing suicide even though “she was fine” after taking medication, Mae says, “Somebody’s got to pay the bills so you can have some water in that glass you’re drinking.”

This is just one example of the disturbing, bizarre and often unjust stories you’ll find in Jon Ronson’s newest book Lost at Sea: The Jon Ronson Mysteries. (Neither Exoo nor Mae has been charged with any crimes.)

Ronson is a British journalist and the author of The Psychopath Test and The Men Who Stare at Goats (which probably sounds familiar because it became a film starring George Clooney).

Lost at Sea is an eclectic collection of essays organized into five parts: “The Strange Things We’re Willing to Believe,” “High-Flying Lives,” “Everyday Difficulty,” “Stepping Over the Line,” and “Justice.”

Ronson begins his book with the hip-hop duo Insane Clown Posse, known for their over-the-top, violent and really appalling lyrics. He interviews them about their work and the revelation that they’re actually religious.

Ronson also writes about meeting Bina48, a robot commissioned by multi-millionaire Martine Rothblatt to resemble her wife. He writes about being on a cruise ship with Sylvia Browne, one of the most famous psychics who’s known for revealing the locations of missing kids to their parents. Her track record is abysmal – she’s been tragically wrong many times, as Ronson points out – and yet people flock to her.

He writes about everything from a thwarted school shooting at the North Pole to a pop star’s fascination with the extraterrestrial and trip to a UFO conference to a broadcaster’s bogus confession on live TV that he smothered his terminally ill partner.

Ronson’s patchwork of stories reveals the strange things people do and believe in. But he treats many of his subjects thoughtfully and often sympathetically. Readers might even find themselves understanding the behavior of some, while others will remain beyond belief. (I have a very hard time sympathizing with Exoo and Mae, among other individuals Ronson profiles. But I’m sure that’s not the point, anyway.)

Ronson is a skilled storyteller, which makes Lost at Sea a captivating and compelling read. He asks great questions. And his subjects seem to open up to him quite easily. It’s interesting how many people consent to talk to him – along with the sensitive information they reveal.

Ronson stays away from superficial, sensationalist headlines. His stories dig deeper. He ponders people’s motivations and choices, and tries to better understand their behavior. He investigates how other factors — such as people, technology and society — might play a role in those actions, and travels down the rabbit hole they lead to.

For instance, in the story “Who Killed Richard Cullen?,” Ronson creates 13 personas to investigate why so many credit card companies seemed to target Richard Cullen, while Ronson hadn’t received the hordes of junk mail.

Ronson’s investigation leads him to a powerful technology that profiles people and places and explains precisely why Ronson, who lives in an affluent neighborhood, won’t ever be receiving the same “Congratulations! You have been pre-approved…” mail.

At first glimpse, Lost at Sea is a hodgepodge of tales. But each narrative takes a fascinating — and sometimes shocking — look at human nature and our contemporary culture. It’s absolutely an absorbing and worthwhile read.