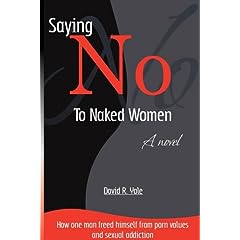 In the summer of 1974, Jack Derritt leaves the city and all of his material possessions behind and heads out to the Arkansas countryside, to live in a shack and take stock of his life. Tired of meaningless flings and constant feelings of misery and self-doubt, Jack wants to figure out why he’s never been able to find a stable, loving relationship, and why he never feels good enough for anyone. He asks himself: “Why is there a throbbing hurt inside me that never leaves?”

As Jack attempts to settle in his new home, he comes to realize that there is no escape from his inner monologue, which is often delivered in his father’s voice, constantly reminding him what a failure and a disappointment he is.

I’ll never produce anything worthwhile. No woman will ever want me – once she sees my terrible faults. I’ve managed to fool people, but they’ll see: I don’t know what I’m doing. My father is right. I’m a parasite.

We learn that Jack’s parents were Orthodox Jews and Marxists, and that Jack was raised in a climate of fear and secrecy, and taught to hide his identity. His parents never told him they loved him; instead they made him feel inadequate, and different from the rest of the world. The legacy of the Rosenbergs hung over his head, as a reminder of what might happen to his family if their – and, by default, his – religious and political beliefs were ever discovered. It’s these feelings of fear which continue to haunt Jack as an adult, as he remains convinced that he’ll never meet anyone who could possibly understand or value him for the man he is, and that he must always conceal his true self if he wants to be accepted.

Jack seems trapped in a spiral of loneliness, depression and paranoia, and at times this can be frustrating to read. Yale’s story takes a while to get going, and his pace is slow to start with. He focuses closely on setting the scene and building up the characters, but it is not always clear where this is leading, or to what end. Readers who find themselves struggling through the first half of this book should be encouraged to persevere, as the second half rewards us with plenty of valuable lessons and the denouement contains a powerful and important message. Yale’s prose is engaging and easy to read, and I found myself deeply involved in the story, once I had decided to stick with it, past the uncertain beginning. After around 200 pages, the story finally takes an interesting twist, as the solution to Jack’s torment begins to unfold.

One day, divine intervention strikes: He gets stung by a bee in the woods, and the resulting adrenaline shot sends him into a feverish dream world. In this dream world, Jack is visited by a mystical mentor, in the form of a Chassid, a Jewish mystic, who begins to lead Jack through a number of conversations and sessions of immersion therapy which transform his way of thinking about himself and others.

This exposition is somewhat reminiscent of A Christmas Carol by Charles Dickens; just as Scrooge meets the Ghosts of Christmas Past, Present, and Yet To Come, so too must Jack accompany the Chassid on a journey through his childhood, a summary of his present life, and an enactment of what the future might be like if he continues along his current path. Yale’s novel is a Dickensian fairytale for the modern age, demonstrating the ways in which childhood fears and insecurities can leave many men struggling with the porn values and sexual addictions that are so prevalent in society today.

Jack comes to realize that he views sex as a form of validation. He tells the Chassid, “I feel like there’s something wrong with me if I’m not having sex on a regular basis.” The Chassid then helps him see how this is connected to his childhood, and how he can end this cycle:

“Some of your anger was at your Dad for not teaching you how to be a man?”

“And you turned that anger against women – the more frustrated you got the angrier your fantasies got?”

“Learn how to communicate your feelings to women.”

The Chassid requests that Jack repeat a mantra: “I define myself. I do not let others define me. I do not let my parents define me.” Through this mantra, Jack begins to understand that his parents do not control him any more, and that he is able to live his own life. He begins to let go of the fear and secrecy he learned as a little boy, and to set himself free of the doubt and anger that have controlled him for so long.

Through these teachings, Jack is finally able to forgive his parents for their shortcomings, and to uncover the happiness and confidence he has always longed for. He begins to feel accepted by others, and understands what it takes to have a healthy and fulfilling relationship; knowing that the sexual fantasies and flings of his past were just a repeat of the anger and confusion he felt as a child. Finally, by the time he awakes from the dream world of the fever, Jack has learned to integrate the Chassid’s teachings into himself, as an alternative to the voice of his father, which once ruled his thoughts:

“I’m sure not used to thinking strategically like this. It’s a new experience.”

“It makes me finally feel like I have power over my own life.”

“Even without the Chassid?”

“Yes. But maybe the Chassid has become part of me.”

Yale’s novel teaches us that we must understand, forgive, and honor both ourselves and other people in order to find happiness, and that, instead of holding on to our anger, living well is often the best revenge of all. Jack’s story is one that many men will be able to relate to, and the teachings of the Chassid will no doubt resonate with them, too.

One criticism I have, though, is that the book seems unsure of its audience. As a fictional novel about a man setting off into the wilderness to reflect on his life, the book might initially seem to fit alongside classics such as Thoreau’s “Walden,” Kerouac’s “Lonesome Traveler,” Pirsig’s “Zen and the Art Of Motorcycle Maintenance,” and Krakauer’s “Into The Wild.” However, what separates this book from those (including its misleading title) is the suggestion that it is some kind of self-help manual. The back cover suggests that this book “unlocks invisible behavior patterns you must understand to solve personal troubles and identify problem people,” and this certainly seems a little far-fetched.

As a marriage and family therapist, I enjoyed reading about the Chassid’s immersion therapy techniques, and recognized the narrative therapy methods employed to help Jack rewrite his own story and take control of his life. I’m sure many readers will benefit from Yale’s suggestions of how to find happiness and overcome the demons of the past. But, while these techniques may work well for some, suggesting that this book could serve as a universal guide to love and happiness seems a little extreme. Those who are simply looking for an engaging fairytale about a man in the wild, on a journey to self-fulfillment, will find that this is a story worth reading. It won’t appeal to everyone, but this is a worthy book, and one that should be recommended to anyone struggling to find love as a consequence of painful childhood experiences.