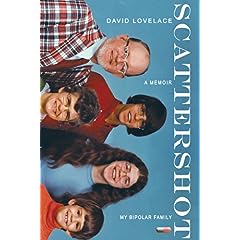 It was back in the ’50s. One day my friend’s mother just disappeared. That Sunday as they gathered in the church parking lot, the other mothers whispered. My friend stood next to me and cried. Finally, one of the more outspoken moms broke away from the mom-huddle and put her arms around the girl. “Don’t worry,” she said. “Your mom has a sickness in her mind and is in the hospital. She’ll be back in a few months good as new. But don’t talk about it. People don’t talk about mental sickness.”

As absurd as that tableau may seem today, it comforted my friend. At least she knew her mom would come back. She did; drugged up and passive, but there. She seemed to sleepwalk through her days for the next couple of years but then gradually became some echo of who she had been. My friend and I pretended she was okay, graduated from high school, lost touch, and went on with our lives. Or at least I did. I now wonder what happened to that family in the wake of the silence and the shame and the long road back to mental health.

Things are different now. We have become more knowledgeable about mental illness. Science has developed medicines and psychology has developed therapeutic techniques that promise relief and sometimes even a cure. American culture has generally shifted from shame to sympathy thanks to the Internet, advocacy groups, and people willing to tell their stories through blogs, YouTube, and books. Mental illness is still with us but families no longer need to suffer in silence.

David Lovelace has been part of this generational journey. In his memoir, Scattershot: My Bipolar Family, he chronicles growing up with two parents with bipolar disorder and his own struggles as he moved from denial to acceptance of his own illness. The only treatment for his mother was long-term hospitalizations, electroshock, Thorazine, and a dependent sheltered life in her family. Lithium and the new neuroleptics, talk therapy, and a more supportive community coupled with his own determination have given her son a much different life.

His mother was always artistic and fragile, and suffered from anxieties and fears. She had her first break in 1949 and was diagnosed, as most people with delusions were at that time, as being schizophrenic. She suffered twice with postpartum depression; following both David’s birth and his brother’s eight years later. Her periodic descents into madness were depressive episodes that sometimes rendered her catatonic. The family worried about her and protected her. Within the circle of her family, she could be a great mom but the social world put her under constant stress.

Eccentric and often grandiose, his minister father infused the family with a fundamentalist Christian faith and the belief that Satan was always lurking in wait. Nonetheless, he taught the boys fishing and hunting, collected reptiles that perfumed the house with a base note of rot, blasted classical music from his stereo, and lived life with more bravado than judgment. No one recognized that he was often in a hypomanic state that fueled both his creativity and his eccentricity but sometimes put himself and his family at great risk.

For Lovelace, boyhood was in many ways idyllic, if unusual. He distanced from his mother’s illness and his father’s insistent religiosity by wandering the woods and fields, getting dirty, terrorizing the wildlife, and having self-narrated adventures with himself as hero. His sister retreated into books and being her mother’s friend. His brother, 8 years younger, sometimes shared adventures but was left too much on his own.

Lovelace’s parents loved their Puritan-style god and each other. They were interdependent and yet helpless to help each other in their respective illnesses. Fortunately, they also loved their children. Lovelace is clear that however bizarre his family life was at times, he felt loved and that has made a difference.

At a recent reading, Lovelace said that having struggled with depression when he was a teen and having watched his mother’s periodic bouts, he always felt that the illness was a dog nipping at his heel. As he began having episodes of depression and agitation, he did what people do when threatened. He ran. He ran by joining a Christian mission in Brazil, by traveling in the Colorado mountains, by crossing the country on a motorcycle, by wandering aimlessly through South America and Mexico, and by joining up with squatters in Manhattan. When things got tough, he ran – often drugged out and soul-weary.

As a carpenter, Lovelace could pick up work now and then; at least enough to eat and support his efforts at self-medication by weed and alcohol. He lived from day to day as one of those lost and self-satisfied young wanderers. His adventures can read like a romantic coming of age story, especially since Lovelace’s writing is often more poetry than prose. But the romantic haze around his “war stories” of times he ran out of money or weed or luck don’t obscure the desperation. The tales of exotic places and youthful self-destructiveness are shockingly bereft of concern for the people he left behind; often not contacting family or friends for months. He loved his family but he ran.

When his father had his first manic break at 56, and his brother had his first break three months later, Lovelace ran some more. Three months after that, he had his own first manic episode and his father fetched him home. He tried to get better. He overmedicated himself and landed in a hospital. Falling in love gave him a reason to stay on his medicines and get well. His girlfriend was a kindred adventurer and they ended up joining friends to live the squatters’ life in Manhattan’s Lower East Side, kicking around South America, and then returning to New York. It all makes a great story but a marginal life.

Self-centered young people do grow up, sometimes in spite of themselves. Living on the edge loses its glamour. Illusions about the moral and spiritual superiority of dropping out lose their luster. Responsibility kicks in. A fire provided a convenient end to the squatting life. Lovelace and his girlfriend moved to western Massachusetts. She started graduate school and he got lucky. A carpentry customer left him with an old gristmill turned bookshop, tucked away in an obscure corner of an old mill town but within reach of the five colleges of the Pioneer Valley. He wrote a slogan that is the envy of marketers (“Books you don’t need in a place you can’t find”) and book lovers made it a destination. Pot stopped working as an antidote to agitation and inner pain so he finally made an appointment with a psychiatrist. He began taking lithium, got into therapy, and started building a life. He married his girlfriend and they had two children. The bookstore was a reasonable, if marginal success.

But mental illness doesn’t let go easily. When his children were 8 and 6, Lovelace grew tired of taking lithium, ditched the medication, and had yet another manic break. The episode cost him his business and friendships; frightened his wife and children; and scared him into a new level of self-awareness. He finally accepted that without the lithium, episodes got worse and the cycles sped up. He has reconciled himself to taking lithium for the rest of his life and describes himself as still recovering. Both parents had another recurrence, this one terrifying because it happened simultaneously and his mother nearly died. They too have had to come to terms with their illnesses and with the bald fact that without medication they are in danger. Having done so, they can enjoy a peaceful retirement surrounded by books and art and their family.

Lovelace has faced the family demons and written a book for the rest of us. He speaks eloquently of his journey from depression to empathy and uses his story as an allegory of hope. He educates us with gentle humor and hard facts. Yes, bipolar illness can be devastating but it also comes with gifts of creativity and sensitivity. When a person with bipolar illness accepts the diagnosis and stays with treatment, that creativity can be channeled into a book and a life of quieter beauty.

Is Toxic Shame Sabotaging Your Recovery?