Reviews Home » Survival of the Nicest: How Altruism Made Us Human & Why It Pays to Get Along 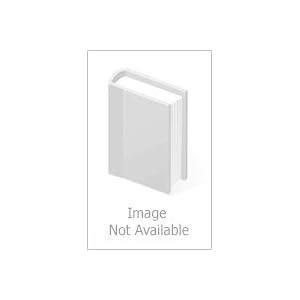 Survival of the Nicest: How Altruism Made Us Human & Why It Pays to Get Along

“Man is by nature a social animal; an individual who is unsocial naturally and not accidentally is either beneath our notice or more than human. Society is something that precedes the individual. Anyone who either cannot lead the common life or is so self-sufficient as not to need to, and therefore does not partake of society, is either a beast or a god.”

“Survival of the fittest” often brings to mind steely competition, one individual pitted against another for limited resources, in which only the cutthroat few are able to survive and reproduce: swift cheetahs taking down weak gazelles and elk with huge racks of antlers, winning the right to mate.

Humans are not cheetahs or elk, but we are not outside the laws of evolution, either. As Aristotle points out, we are by nature social creatures, and this has had an indelible impact on our survival.

Now, in Survival of the Nicest: How Altruism Made Us Human and Why It Pays to Get Along, Stefan Klein, a Ph.D. in biophysics who now works as a science writer, proposes that it is our social nature that leads to our ability to adapt and succeed. His highly readable and entertaining book will appeal to those curious about human nature and what makes us the social creatures that Aristotle wrote about over 2500 years ago.

Evolution has favored our ability to share, cooperate, and be generous, Klein writes. The concept of survival of the fittest may support the notion that individuals who care about their own resources and goals are the ones who succeed. But Klein takes a sweeping look at the scientific evidence and states that while such egocentrics do better “in the short term,” it is in fact “mostly people who act for the welfare of others who get ahead.”

He bases the book on three central questions. How does unselfishness exist? What motivates us to help each other? And, lastly, why are some individuals more helpful than others?

In the beginning Klein focuses on the individual, exploring basic motivations behind cooperation, trust, and mutual understanding, while also looking at why and when we cheat.

He also gives us the history of our understanding of altruism and selfishness, tying in the works of Darwin and the writings of Richard Dawkins, whose book The Selfish Gene catapulted him to the position of world-famous sociobiologist.

At times, Klein’s argument takes an ad hominem approach, pointing out how, despite their body of work focusing on the individual, both Darwin and Dawkins were known to act altruistically. While his method here could be a bit stronger, Klein’s writing is thought-provoking and presents a broad range of research — from neuroscience and psychology to behavioral economics — in an approachable and compelling manner.

I found particularly intriguing a study he shares in his discussion of the development of altruism. Conducted by psychologist Doris Bischof-Köhler, who studied 126 young children, the research showed that it is only with the emergence of self-awareness that children are also able to demonstrate a willingness to help one another.

Then, in the latter half of the book, Klein expands his focus to the community, beginning with such fundamental questions as how we first learned to share. He points to evidence that our ancestors “had to become the friendliest apes before they got a chance to become the smartest apes as well.”

Klein describes more research that shows how in times of plenty, egocentricity may help people fare well, but how in times of famine, flood, or war, it is altruistic groups who survive. Atrocities, whether natural or human-made, “wreak less havoc on societies who stick together and help each other,” he writes.

He also writes that magnanimity is founded in a strong sense of fairness, noting that societies in which fairness is not reinforced are bound to crumble.

And just as Aristotle proposed that humans are not just more successful but also happiest when they “kept the welfare of others in view,” Klein gives numerous examples of how those who give of themselves and their resources are indeed happier.

In the end, the book’s message is upbeat, with Klein calling for an “altruistic revolution.” The world is more connected than ever before, he points out, and that gives us the opportunity to practice cooperation on a large scale.

“The future,” Klein declares, “belongs to the altruists.” While that may be overly optimistic, the book provides much food for thought about what has made us who we are and how we might approach future challenges — together.

Survival of the Nicest: How Altruism Made Us Human and Why It Pays to Get Along

Survival of the Nicest: How Altruism Made Us Human & Why It Pays to Get Along

APA Reference
Riddle, M. (2016). Survival of the Nicest: How Altruism Made Us Human & Why It Pays to Get Along. Psych Central. Retrieved on July 11, 2020, from https://psychcentralreviews.com/2016/survival-of-the-nicest-how-altruism-made-us-human-why-it-pays-to-get-along/